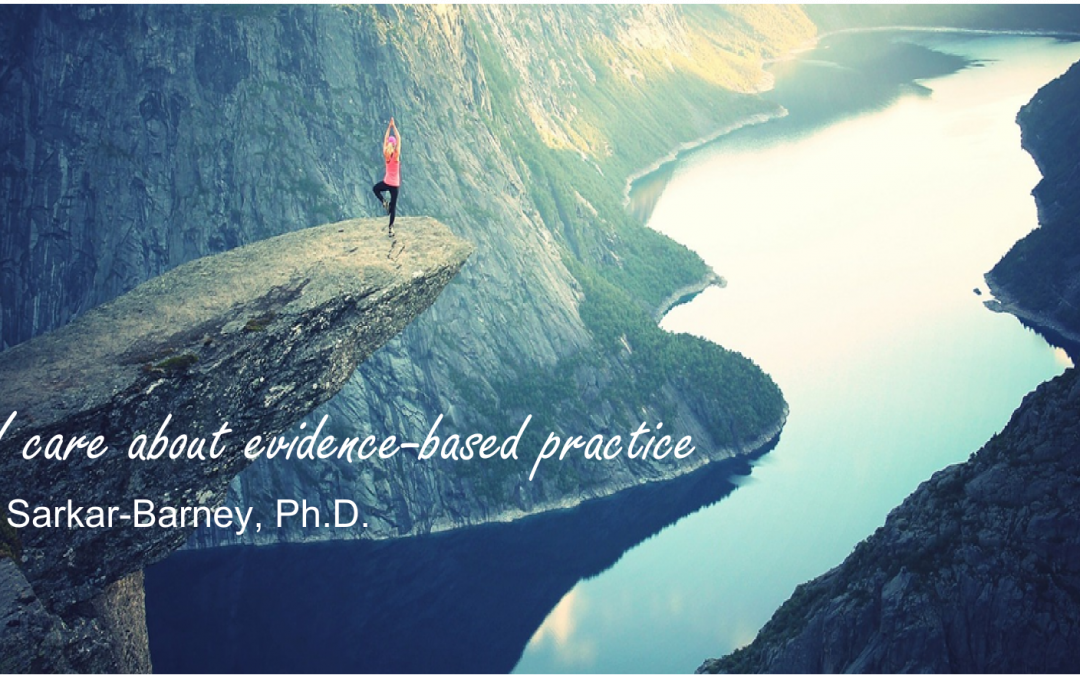 Ten years in business is a long time.  Only a third of small companies make it this far which makes me feel privileged and fortunate.  While I am thankful, I continue to be restless because there is so much more that needs to be done to achieve our mission of spreading evidence-based practice in people management.  Many have asked, why I feel so strongly about this cause.  I certainly do, and every time our journey gets difficult I find myself becoming even more resolved to push harder. In this blog, I take the opportunity to explain how I came to have this firm belief. Perhaps, you have had similar experiences and may become equally passionate about evidence-based practice.

Early experiences: I grew up in a small industrial town in southern India called Shahabad. My dad worked in a mid-management sales role for the only employer in town, ACC Babcook Limited (ABL), an engineering firm that manufactured machinery for cement plants.  Although small, the city was unique in many ways. It was a planned community, pristinely clean with manicured gardens and streets canopied with laburnum trees. Most people believed it was a paradise and left only when it was time to retire. It was the only place I had lived since my birth. As a teenager, 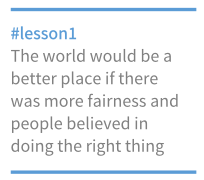 I nurtured dreams of going away to college but coming back in the summers to be with my family and friends. Sadly, things were not going so well for the company.  Employees stopped receiving their salaries. I saw first-hand the impact of poor leadership, lack of accountability and the resulting impact on a small town.  With no other options for making a living, people started committing suicide, theft, and crime increased.  What was once a paradise was no longer so. While things were falling apart for the average employee, the leaders seemed to be doing fine, still taking foreign trips with their families, presumably on the company’s dime.  It just did not seem fair.  It was during this time that I learned about the field of Organizational Psychology.  In a women’s magazine, I read how the Tata Group used practices such as testing to bring fairness in the hiring process.  I learned that a US-trained Organizational Psychologist was leading this work. At that moment it hit me that the world would be a better place if there were more fairness and people believed in doing the right thing. At that early age, I had discovered my professional interest.

Becoming an organizational psychologist: My journey to becoming an organizational Psychologist was long and hard.  With no financial means to fund my education in the US, I could only hope for a miracle.  I started working when I was fifteen, hoping to make enough money to pay for the GRE.  My professors and everybody I knew discouraged me from aspiring to study psychology outside of India.  Their rationale was not that unreasonable.  India was known for engineering talent but not psychologists.  Why would anyone want me? I wasn’t

quite willing to give up on my dreams, but I did put a plan B in place for safe measures. I applied to several graduate schools in the US and also to a couple of entry-level roles in India.  As it turned out, I was one of the successful job candidates’ at Tata Motors, but they would not offer me the job because the other finalist had a family member employed by the company. I had started to receive rejection letters from graduate schools. Weeks went by when I felt hopeless. And then a letter came in the mail from the University of Central Florida.  It said I had secured admission to their masters in Industrial and Organizational Psychology program with funding.   I remember reading the mail several times to make sure. My dreams were finally going to come true.  I learned another important lesson, meritocracy wins, at least in some parts of the world. My family history, financial means, and connections didn’t matter.  Someone has made a judgment about my capacity using my past performance (e.g., GPA, GRE scores, personal essay) and it was about to change my life.

Graduate school and early career: Coming to the US changed my life. While I had all the motivation and interest, there were things I had never done before like conducting research, presenting, writing reports. I was uncertain about doing well but got plenty of support, feedback, and encouragement – all things lacking in 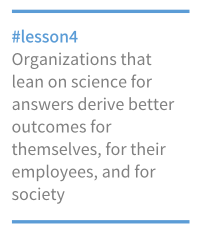 my prior education experience. I found myself getting better every day.  I was stretched, challenged and most of all led to believe I had what it takes to be successful.  After graduating with a Ph.D. in Industrial and Organizational Psychology from Bowling Green State University (one of the top-ranked programs in I-O Psychology), doors opened up to a tenure-track assistant professor position at the well-known Illinois Institute of Technology. The attraction of solving real-world problems led me to leave academia for one of the best corporate roles I could hope for. Yet again, no personal connections, after multiple rounds of interviews I was deemed to have the capability to build all the human capital systems for Dendrite International (now IMS Health).  My reflections led me to conclude that if our development and support systems were based on what works (evidence-based), each of us can have a fair chance of reaching our highest potential.​

Mid-career and doors shutting on me: Life eventually brought me to the west coast, the center of innovation and the epitome of an accepting, free-thinking society. Sadly, that was not my experience. In all my years in the US before that, everyone and everything around me signaled “you can do it.” At work

on the west coast, I became “that women” with no name. My voice became invisible, and the work I thought I was hired to do was taken over by consultants and friends of the boss.  When I volunteered to do more, I was told: “no you can’t.” If that weren’t all, the vendors and consultants who ran the show could make bold and baseless statements and be applauded. When I made recommendations for practices for which there was plenty of evidence they were seen as risky and threatening. While it hurt not to be valued for the expertise I had worked so hard to develop, it angered me even more than the organization and its employees were being denied the opportunity for achieving better outcomes.  My journey through these challenging times put a spotlight on the significance of the evidence-based practice. It became abundantly clear that fairness and accuracy in the decisions we make about people should be a business priority. Further, organizations that lean on science for answers derive better outcomes for themselves, for their employees, and for society.  This lead to the launch of Human Capital Growth in 2008.  In 2010 we adopted the tagline Excellence through the evidence to further solidify our foundation.​ I look forward to the next decade and beyond in helping business and people thrive together.​ ​ ​Thankful for the employees of HCG, our clients, and our supporters! Because of you, I continue to believe that the workplace will one day be a place of joy where each of us can pursue our passions and create a world with a little less misery and a whole lot of wonder.