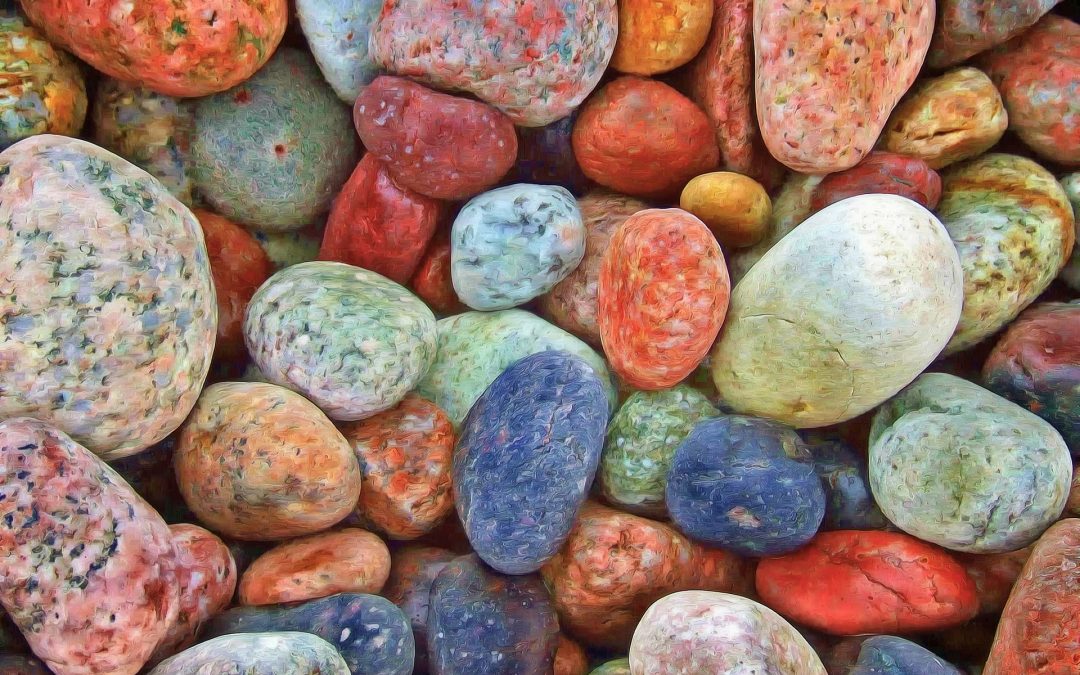 The workplace is not always a welcoming place for women, minorities, and other underrepresented groups. Differences in career opportunities and wage disparity have led to uneven participation in economic activity. In the U.S., this has been noted particularly in gender differences. Women account for 47% of the labor force but occupy only 17% of the board seats[1]. Of the firms represented in the S&P 500, only 24 have a female CEO[2]. The situation is not much different with respect to race. While Hispanics comprise 17% of the US labor force and have a higher labor participation rate than any other race, they occupy less than 10% of management roles[3]. Race has been linked to unequal access to the most critical drivers of economic success, namely power, privilege, and control. ​

Business and institutions can do more to create a fair and equitable society. A rising focus on diversity and inclusion (D&I) has become a step in the right direction. However, the real impact of existing programs is minimal, primarily due to ill-informed practices or lack of full commitment from organizational leaders. Below is a list of the biggest missed opportunities resulting from making misplaced investments in D&I. ​

Nurturing a diverse workforce is not only a good societal practice but also good for business. As evidenced by a number of studies, a diverse workforce has been associated with superior business performance. According to a McKinsey study, firms that are in the top quartile for racial and ethnic diversity are 35% more likely to have financial returns above their industry medians[4]. Similarly, firms that are in the top quartile for gender diversity are 15% more likely to outperform their industry peers. In general, firms with greater racial diversity are associated with increased sales revenue, a higher number of customers, greater market share, and greater relative profits. Despite the purported benefits of increasing diversity efforts, organizations across the world struggle to attract and retain a diverse workforce. ​

Achieving racial, ethnic, and gender diversity has been a tough challenge. Despite the investments, in many areas advancements have halted or even regressed. In the United States, women’s participation in the labor force had been rising, reaching a high of 60.04% in 1999. However, since the year 2000, women’s participation in the workforce has been declining[5]. Women comprise 47% of the U.S. labor force and 51% of the management and professional occupations. This gender balance steadily declines as we look higher up in the organization, with women holding only about 17% of corporate board seats[2]. Indeed, many researchers and organizations alike have been interested in this “glass ceiling” effect, or the decline of women’s representation as we move higher up the chain of management. ​

The picture is similarly grim concerning race and ethnicity. In the United States, there is an uneven racial and ethnic representation in management roles. Asians are typically over-represented in management and related roles (51%), Hispanics are under-represented (22%). Hispanics work longer hours in lower-paying jobs, such as service (24.4% Hispanic) and construction (32%)[3]. ​

Regarding generational differences, for the first time since the great depression, US parents believe their children will not be better off than them[8]. Furthermore, the workforce is rapidly aging. Retired workers over the age of 55 are expected to make up more than 1 in 4 of all workers in the U.S. by the year 2022[9]. Longer lifespans coupled with economic declines have led many to work beyond the traditional retirement age of 65 years. Such demographic shifts make for new and interesting concerns for organizations as they face the rising tide of diversity. ​

Despite a great deal of talk about diversity and inclusion in many industries, investments in D&I efforts have often been misplaced. Most efforts are narrowly focused. The intervention themselves either lack efficacy or are severely underpowered. Given the scale of the challenge and the inevitability of diversity at work, organizations that lean on evidence-backed ways to promote D&I stand to gain in substantial ways. Here are four practices that have received significant empirical support.

First, organizations must shift their efforts from running isolated programs to adopting an integrated talent management focus, one that addresses the entire life cycle of an employee. The vast majority of diversity programs focus on hiring. In the United States, this is partly due to a legal system where practices are based on precedence. The infamous lawsuit between Griggs vs. Duke Power put a spotlight on the impact of hiring discrimination[10]. Even today, many D&I efforts fixate entirely on avoiding similar lawsuits by solely focusing on hiring practices. A recent survey from the Boston Consulting Group shows that the primary barrier that women face is less related to hiring[11]. A bigger challenge is in finding meaningful advancement opportunities. To fully address the diversity and inclusion challenges, organizations must take an integrated approach, one that addresses the entire employee life-cycle. Furthermore, once an organization has a diverse group of employees, they must invest in engaging, retaining, and promoting these employees, as well as creating opportunities for advancement.

Second, organizations must look to make long-term investments in workplace flexibility programs, a practice that has been linked to affecting substantial improvements in gender diversity. Compared to men, women are more likely to be the primary caregivers and bear a disproportionately higher share of familial responsibilities. As a result, women are more likely to withdraw from the workplace when the challenges of balancing professional and personal lives become difficult. In one of the most influential studies on what works in advancing gender diversity, Australian researchers Kateryna Kalysh, Carol Kulik, & Sanjeewa Perera gathered panel data across twelve years from a random sample of 675 organizations involving over 600,000 employees[12]. They found that organizations that consistently invested in work-life practices for eight years saw an increase in the proportion of women in leadership positions. However, this pattern of the relationship was true only for firms where at least 43% of the employees were female. This study further highlights the importance of taking an integrated talent management approach to promote D&I. Assembling the right bundle of practices is an important consideration. The study found that when company efforts included multiple options such as flexible schedules, parental leave arrangements, and provisions of services for caregiving, it was associated with a higher proportion of women in management. Importantly, this relationship was found only after a time lag of eight years of investing in such work-life programs. Organizations must keep in mind this caveat and prepare to commit to long-term diversity initiatives.

Third, organizations must take a hard look at their programs that emphasize differences rather than bringing people with differences together to work toward a common goal. Many traditional diversity training initiatives focus on what makes us different from each other. There is growing evidence that these traditional diversity training efforts have backfired and increased negative feelings towards certain minority groups[13]. In a way, it’s similar to the adage of “don’t think about pink elephants.” When someone is told not to think about a pink elephant, the very first thing to capture their thought is a pink elephant. Likewise, if organizations tell employees that they are different but do not focus on these differences, it may only increase division[14]. Leading social psychologist, Dr. Susan Fiske recommends a better approach to diversity training. Enabling and empowering employees to work toward a common goal can be a great equalizer. Such efforts enable teams to connect based on similarity in purpose rather than the differences of demographic diversity. Experts agree that for diversity and inclusion efforts to be successful, they must meet four important conditions. First, the effort must result in equalization of status. Second, it must bring employees together to focus on common goals. Third, work must be structured such that is requires cooperation among members of diverse groups to achieve the common goal, and fourth, there must be consistent leadership support using rewards and punishments. In sum, forming diverse but equal work teams and focusing on common goal achievement through teamwork will produce significantly better D&I results than utilizing more traditional training sessions.

Fourth, adopt habit-breaking interventions which bear significant promise in reducing biased thinking[17]. A habit is an implicit bias against another group that has been formed unconsciously over time. Thus, bias and discrimination are like unwanted bad habits. Because these biases, or habits, exist in all of us and are formed without our conscious knowledge, they must be addressed consciously to be altered. Habit-breaking focuses on reducing biased ways of thinking through a combination of techniques similar to learning a new skill. It begins with gaining awareness of the existence of bias in one’s thinking and reflecting upon how it affects minority groups. Once these patterns are detected and made conscious, it requires practicing strategies to reduce the biases. This technique of “breaking the habit” of implicit bias is effective because it requires learning about the contexts that activate the bias and findings ways to replace the biased responses with responses that reflect one’s non-prejudiced goals. The efficacy of this method has been well documented. However, learning to monitor for one’s own biased thinking and replacing it with a non-prejudiced way of thinking requires concerted practice over an extended period. One study compared the hiring rates of women faculty at two departments, one used the habit-breaking method, and the other did not. Over three years, the department that utilized a habit-breaking intervention saw a 52% increase in the number of women hired compared to the control’s 28% increase towards the same goal.

This blog presents a set of well-tested ideas for advancing diversity and inclusion in organizations. While the approaches call for taking a holistic view of talent, the outcomes are not restricted to D&I alone. Companies can expect to reap benefits that go much beyond talent outcomes including better employer branding and positioning with customers leading to the upside of better business outcomes. By writing this blog, we hope to have put a spotlight on those practices that are backed by strong evidence, thereby sifting out the popular and widely available information from those that have a higher probability of driving success. For savvy HR leaders, our hope is that these evidence-based guidelines present a viable approach to managing human capital risks and returns. ​

I am grateful to Alyssa Perez for the research support and help in writing this blog.

4| McKinsey and Company (2015). Why Diversity Matters? Retrieved from https://www.mckinsey.com/business-functions/organization/our-insights/why-diversity-matters

5| Brookings, (2017. 10 Facts about American Women in the Workforce. Retrieved from https://www.brookings.edu/blog/brookings-now/2017/12/05/10-facts-about-american-women-in-the-workforce/

8| Pew Research Center (2006). Once Again, the Future Ain’t What It Used to Be. Retrieved from http://www.pewresearch.org/wp-content/uploads/sites/3/2010/10/BetterOff.pdf

11| The Boston Consulting Group. (2017). From Intention to Impact. Retrieved from https://media-publications.bcg.com/BCG-Bridging-diversity-gap-workplace-Nov2017.pdf