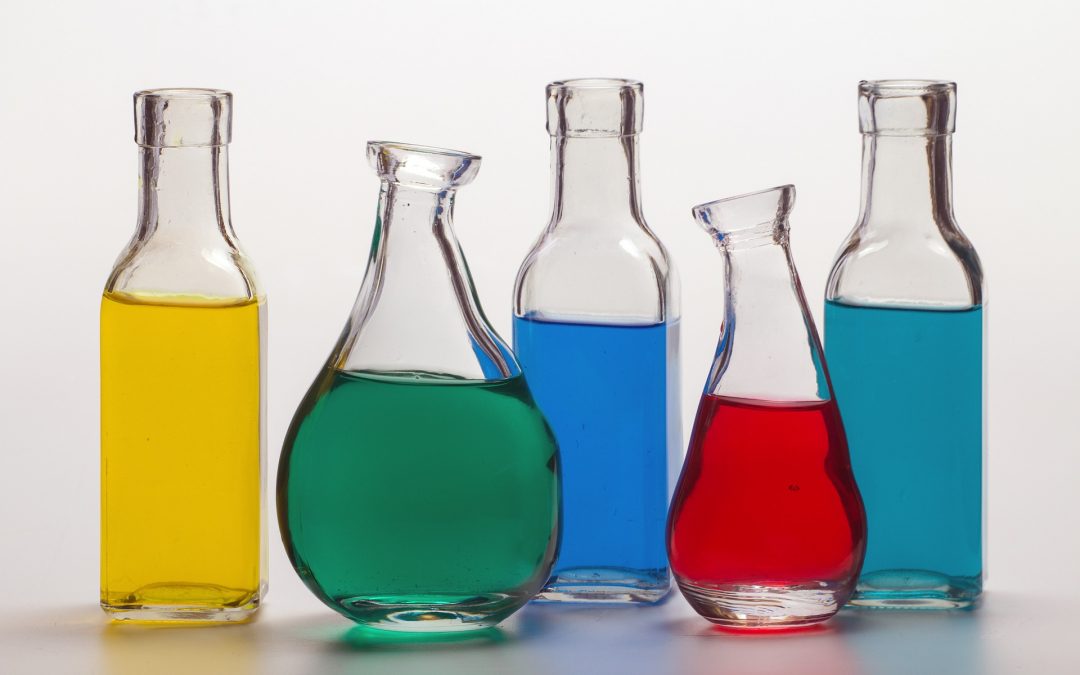 Spatial skills
While men and women score similarly in verbal and math skills, women tend to have lower spatial skills.  This specifically refers to skills in mentally rotating objects which is important for success in many engineering disciplines.[4] On a positive note, studies show that training can lead to significant improvements in this skill for men and women. There is also evidence that playing video games can improve spatial skills.

​Personality
Studies based on the big five frameworks show that men and women score similarly on consciousness, one of the biggest personality-based predictors of job performance. [3] Men score slightly higher on assertiveness. Women tend to be more anxiety-prone and are significantly more agreeable, particularly in aspects related to nurturing. However, these differences were largest in the US data but not supported in data from other parts of the world. For example, Black South African women scored similarly to men on anxiety proneness and agreeableness. The current understanding of gender differences in personality is mixed. [4]

​Interests and Vocational preferences
In studies looking at work-related interests, the studies have found sizable gender differences. In particular, men prefer working with things, and women prefer working with people. Even when women select STEM careers, they tend to prefer occupations that offer more options for interaction with people, such as in biological science, medicine, Psychology, and Social Sciences. [7]
​
Women tend to endorse communal goals more than men, which drives them to select careers that are more helping and altruism-focused. In general, men tend to endorse agentic goals.  This causes them to favor careers where they can acquire power, achieve, and compete. The pursuit of agentic goals is also associated with an interest in STEM careers.  The pursuit of communal goals is associated with careers preferred by women such as nursing, kindergarten teacher, human resources, and education. Such differences in preferences are cited as reasons why women don’t prefer STEM careers.  In support of this claim, there is some evidence showing that women opt out of STEM careers more often than men. [1]

​What Does it all Mean?
These findings are often cited as the main reasons why women are underrepresented in STEM careers. However, it is important to note that vocational interests can be influenced by parental expectations and societal values. Additionally, interests tend to stabilize toward the end of high school and peak in college. To close gender differences in STEM careers, efforts must begin early when children start to understand role expectations. Furthermore, it is insufficient to focus attention on recruiting more women in the workplace. Such efforts must be coupled with job design efforts where STEM careers are designed to appeal to both, those driven by the pursuit of agentic goals (e.g., promoting speed and profitability) versus those who prefer communal goals (e.g., betterment of others).
​
Based on current scientific understanding, it is clear that the capability differences between men and women are complex and do not favor any particular gender.  At the same time, there is evidence pointing to the importance of nature and nurture in shaping vocational preferences and job interests. For organizations looking to create gender parity, an exploration of the difference between men and women is less useful.  It may be more fruitful to explore why women are less likely to choose, pursue, and stay in STEM careers. Similarly, it is worth investigating why men are less likely to work in more female-centric careers such as nursing and education. Addressing these challenges is advantageous to both business and society. About 57% of recent graduates with a bachelor’s degree are women, accounting for a large portion of the incoming workforce. Organizations that aspire to gain a competitive advantage in a tight labor market can stand to gain by attracting a diverse candidate pool. When more women are employed in higher-paying roles, it proves advantageous to the economy and society.

According to the most recent National Science Foundation (NSF) statistics, female enrollment in STEM bachelor’s programs is failing. In the US, enrollment of women in undergraduate Computer Science programs fell from 25% in 2004 to 18% in 2014. A similar decline was observed in Math and Statistics programs where women enrollments dropped from 46% in 2004 to 42% in 2014. This decline is rather puzzling given the increase in gender parity in math scores.  Sociocultural factors may be a key factor in explaining this decline. In the NSF survey, women select “family” as the most frequent reason for not working.  This was closely followed by “job not available” as a leading reason. What these responses suggest is that women continue to bear the primary responsibility for child-rearing and eldercare.  Another cause may be that women are more likely to be paid less than their husbands leading to fewer economic benefits for the family. In fact, the 2015 US Census Bureau statistics show that women made 21% less than their male counterparts. Furthermore, women tend to be over-represented in jobs with lower median incomes. All these factors likely contribute to women deprioritizing their careers to ensure at least one member has a stable and rewarding career. The lack of female role models in successful positions may be an additional factor influencing women’s career decisions. These arguments reveal a broader set of inter-mingled challenges that go beyond the gender differences debate.. Therefore, single solutions such as attracting more women into STEM careers may only be minimally effective in creating gender parity. What’s required is a multi-pronged approach that addresses some of the systemic root causes leading to gender inequality..

What can Organizations do?
1.  Encourage Men and Women to pursue careers outside of traditional norms (e.g. women in STEM and masonry; men in nursing).  This requires exposure to a wide variety of career options long before people are ready to enter the workforce.

​2.  Ensure increased representation of women in candidate pools for STEM careers. This requires long-term investment with academic institutions and affinity groups.  It is also important to design talent acquisition processes that are evidence-based, one that minimizes biases and promotes accurate, fact-based decision-making.

3.  Design jobs such that they are enriched with tasks that are matched with each gender’s preferences. Conduct studies to minimize stereotyping in role requirements (e.g., preference for males, unnecessary physical requirements) or foster conditions that are unwelcome toward women (e.g., the tradition of visiting strip clubs after winning a big deal).

4.    Provide men and women opportunities to advance their capabilities, particularly toward closing gaps, overcoming weaknesses, and opportunity to stretch through challenging assignments.  Many organizations utilize a strengths-based approach to development.  While seeming a good idea, it may inadvertently minimize opportunities for women. This is most likely in situations where women need to address a skills gap that is not their natural strength. Consider, for example, technically skilled women aspiring for a promotion to the management ranks. Assume the higher-level position require demonstrating a competitive spirit, generally a male attribute.  Under a strength-based development strategy, she may never have the opportunity to develop this attribute and remain disadvantaged unless the role requirements are changed.
​
5.    Finally, create an organizational culture where there is an expectation to be mindful of one’s actions and the impact they may have on others. This is called perspective-taking. Perspective-taking exercises have been found to promote reflection and reduce bias.  Furthermore, it engenders feelings of camaraderie with people of different backgrounds leading to a more inclusive workforce.

There you have it, a summary of the science behind gender differences and their impact on STEM careers.  Hope the recommendations are useful in furthering your organization’s diversity agenda.