Discrimination: Why it Happens and What We Can Do About it

According to a Pew research study, about four-in-ten employed women (42%) say they have experienced some form of gender discrimination at work. In another study, 64% of black adults say blacks are treated less fairly than whites in the workplace. Given widespread perception of discrimination among minority groups, are we humans prone to discriminate? Perhaps there is an evolutionary tendency causing such discriminatory behavior. What is it that causes people to discriminate against others? Listen in for a conversation with eminent social psychologist, Dr. Susan Fiske.

About Our Episode on Discrimination

Worldwide, perception of discrimination have become widespread despite efforts to promote diversity. We asked Dr. Fiske if we humans are prone to discriminate against others. She describes how the motivational forces that helps us survive also cause us to be biased and prejudiced, making it harder to control. In the course of our discussion, Dr. Fiske shared approaches to reducing discrimination that are more effective than diversity training. Some of the more interesting aspects of social cognition relate to the formation of first impressions which tend to overshadow our judgements. Dr. Fiske’s pioneering research reveals the characteristics that influence the formation of these impressions. Additionally, she shares strategies for managers to avoid falling victim to biased thinking, resulting from the shortcuts the mind takes to make sense of this world. This podcast is sure to intrigue those looking to gain deeper insight about their own thinking and why they do what they do. For business leaders and HR professionals there are practical answers to diversity and inclusion that far superior to diversity training.
​

Meet the Speaker From Our Podcast on Episode on Discrimination 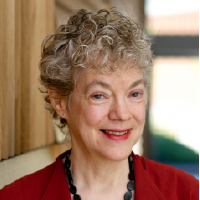 Dr. Susan T. Fiske is the Eugene Higgins Professor, Psychology and Public Affairs, at Princeton University. She is an eminent scholar and pioneer in the field of social cognition. Through the research conducted by Dr. Fiske and her colleagues, we now have a deeper understanding of how humans form stereotypes as well as the factors that contribute to bias and prejudice. In 2013, she was elected to the National Academy of Sciences, and, in 2011, to the fellowship of the British Academy. Notably, she was the first social psychologist to testify on a gender discrimination case heard by the US Supreme Court. This set the precedence of using psychological research in the legal context. She has also won several scientific honors, including the Guggenheim Fellowship, the APA Distinguished Scientific Contributions Award, the APS William James Fellow Award, as well as the European Federation of Psychologists’ Associations Wundt-James Award and numerous honorary degrees.

Fiske, S. T. (2000). Stereotyping, prejudice, and discrimination at the seam between the centuries: Evolution, culture, mind, and brain. European Journal of Social Psychology, 30(3), 299-322.

Listen to us on 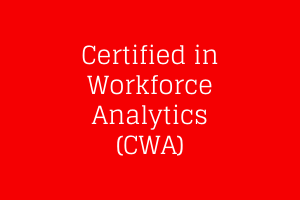